skip to main | skip to sidebar

A stabilization trend is taking place in commercial real estate sectors, but in most markets rent will remain soft except for multifamily rentals, according to the National Association of Realtors®.


Lawrence Yun, NAR chief economist, said a pullback in construction is helping stabilize the market. “Very limited construction of new commercial real estate over the past few years has essentially fixed the supply of available space,” he said. “This means vacancy rates could fall quickly from any increase in demand for commercial space.”


“Even with declining vacancy rates, rents are not likely to turn positive in most markets until next year, outside of multifamily rental properties,” Yun said. For example, office rents are forecast to fall 1.8 percent this year before turning higher by 4.0 percent in 2012.


“Apartment rent increases are expected to accelerate from job creation leading to new household formation, particularly among the young adult population who will seek their own housing arrangements – many will be leaving their parents’ homes, or choose to live with fewer roommates,” Yun said.


Average apartment rent is projected to grow 3.4 percent this year and another 4.2 percent in 2012.


“Rising apartment rent in combination with rising oil prices could push the overall inflation rate beyond a comfort level, which could then force the Federal Reserve to raise interest rates later this year or early in 2012,” Yun added.


The Society of Industrial and Office Realtors®, in its SIOR Commercial Real Estate Index, an attitudinal survey of more than 360 local market experts1, shows a notable improvement in market fundamentals.


The SIOR index, measuring the impact of 10 variables, rose 8.1 percentage points to 50.7 in the fourth quarter, the largest quarterly gain in five years, and is at the highest level since the fall of 2008. However, the index is well below a level of 100 that represents a balanced marketplace. This is the fifth consecutive quarterly improvement following nearly three years of decline, but the last time the index was at the 100 level was in the third quarter of 2007.


Seventy-eight percent of SIOR participants expect improvements in the office and industrial sectors for the first quarter of this year.


There has been an increase of liquidity in Commercial Mortgage Backed Securities, which is helping to open the commercial market to more property transactions; commercial real estate sales had been stalled over the past few years with excessively tight credit conditions. In terms of development acquisitions, it remains a buyer’s market for those with cash or who can obtain credit financing.


The markets with the lowest office vacancy rates currently are New York City and Honolulu, with vacancies in the 8 to 9 percent range.


In 57 markets tracked, net absorption of office space, which includes the leasing of new space coming on the market as well as space in existing properties, should be 14.5 million square feet in 2011.


At present, the areas with the lowest industrial vacancy rates are Los Angeles and Salt Lake City, with vacancies of 7.5 percent.


Annual industrial rent is likely to decline 2.5 percent in 2011, before rising 3.0 percent next year. Net absorption of industrial space in 58 markets tracked should be 127.5 million square feet in 2011.


Markets with the lowest retail vacancy rates currently include San Francisco; Miami; Honolulu; and Long Island, N.Y., all with vacancies in the 7 to 8 percent range.


Average retail rent is seen to decline 0.9 percent in 2011, then rising 0.7 percent next year. Net absorption of retail space in 53 tracked markets is projected to be 4.8 million in 2011.


Areas with the lowest multifamily vacancy rates presently are San Jose, Calif.; Pittsburgh; and Newark, N.J, with vacancies in a range around 3 percent.


The COMMERCIAL REAL ESTATE OUTLOOK is published by the NAR Research Division for the commercial community. NAR’s Commercial Division, formed in 1990, provides targeted products and services to meet the needs of the commercial market and constituency within NAR.


The National Association of Realtors®, “The Voice for Real Estate,” is America’s largest trade association, representing 1.1 million members involved in all aspects of the residential and commercial real estate industries.

1 The SIOR Commercial Real Estate Index, conducted by SIOR and analyzed by NAR Research, is a diffusion index based on market conditions as viewed by local SIOR experts. For more information contact Richard Hollander, SIOR, at 202/449-8200.


2Additional analyses will be posted under Economists’ Commentary in the Research area of Realtor.org in coming days.


The next commercial real estate forecast and quarterly market report will be released on May 24.


Information about NAR is available at www.realtor.org. This and other news releases are posted in the News Media section. Statistical data, charts and surveys also may be found by clicking on Research. 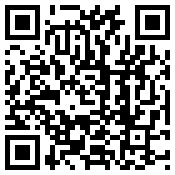